More
Tom Lee honored by the U. S. Coast Guard 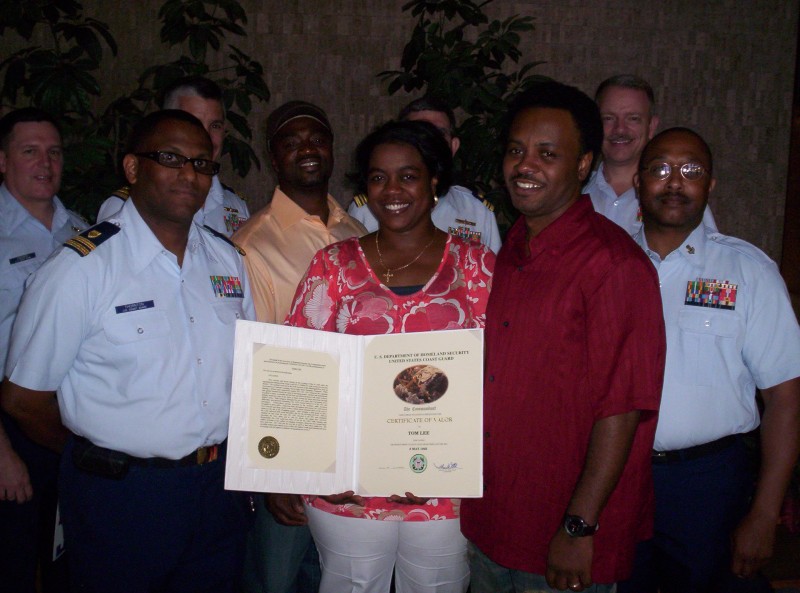 HEROIC RESCUE ON THE

Mr. Tom Lee posthumously for saving the lives of 32 people on the .

Mr. Lee is being recognized for his heroic deeds on the evening of May 8, 1925.

While piloting his 28-foot skiff boat, ZEV, he witnessed the sinking of a Corps of Engineers vessel,

M. E. NORMAN, with 74 persons aboard. The sinking occurred in the fast currents 16 miles south of

Mr. Tom Lee, who was alone aboard his craft, quickly navigated his skiff upstream toward the mass of drowning people.

Disregarding his own safety, cold air and water temperatures, and the river’s lethal undercurrent conditions;

he methodically made numerous trips during nighttime hours to pull victims out of the water into his skiff and took them on shore to safety.

After bringing the last person to shore, he collected wood drifting on the

and built a fire for the rescued survivors.  Mr. Lee then returned to his craft and spent the night alone,

searching the river for others who might have survived.  Mr. Tom Lee sacrificed his own safety so that others may

live despite physical exhaustion and the fact that he could not swim.

City of , Council Chambers is located at .